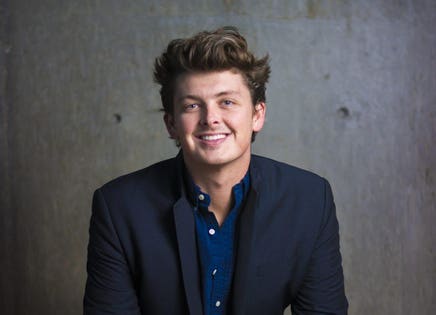 It’s no secret that the Bitcoin boom has transformed the way we imagine global currency in a digital world.

With cryptocurrency becoming a normalized alternative to cash, coins and credit cards — more merchants are accepting these digital payment methods. As a result, a growing need has emerged for secure methods of storing and directly transferring funds anywhere in the world.

For both individuals and enterprises alike, transferring money internationally serves as one of the most practical use cases for blockchain technology. By accelerating the speed and reducing the cost of international payments, blockchain can help businesses at every scale operate more efficiently and drive substantial spikes in revenue.

Founded in 2013, Wyre uses proprietary blockchain technology to complete cross-border payments, cutting the time and expenses traditionally tied to banks and other financial institutions. While banks take up to 3 days and charge between 4-6% for international money transfers, Wyre completes transactions in less than six hours, charging less than 1%. The company also offers OTC crypto trading services, facilitating over $3.5 billion in trades to date.

Wyre Co-Founder and CEO Michael Dunworth explains the vision behind his company, the evolving world of cryptocurrency and how blockchain technology is designing the future.

What was the void or opportunity you discovered that inspired the idea behind Wyre?

Michael Dunworth: We’ve always believed that crypto would be huge, but we knew that it’s going to be hard to get the adoption of the masses unless it’s easy for the teams building those products have low barriers to entry. Fintech is not a technical problem for the most part, it’s more of a red tape problem. This is why innovation has been so slow in the space if you compare the changes in media over the past 15 years. We felt that these teams are going to have a hard time building out the necessary on and off ramps to allow the masses to access their product.

How would you describe your business model and exactly how the technology works?

Michael Dunworth: We wrap all the headaches of going to market, and growing infrastructure into a simple API.  We make money when partners are doing exchanges and conversions through our API. Developers come to us and create an account, and from the moment they’ve got their account setup, they’ve got access to multiple geographies on/off ramps for taking payments, disbursing payments, and converting between different currencies. This way, people are building right off the bat. We take a spread on the conversions when they’re rolling around between currencies, or disbursing them. This is good because developers want to build cool stuff, and the community wants that too. All of the paperwork, contracts, and things in that area feel really archaic and slows things down for everyone involved.

What specific role does blockchain technology play and would it be possible without blockchain?

Michael Dunworth: Theoretically it is — compliance and value transfer already exists — but the blockchain allows for borderless transfers, meaning anybody can send something of value to anyone, anywhere, and it’s all pretty much instant. The working capital required for things like this, if you’re not using the blockchain, are huge. This is because you’ve got to have money ready to go in the foreign geography if you don’t want your customers waiting 3 days for the international wire transfer. So, it is possible, but not nearly as simple and accessible without it.

What have been some of the biggest challenges in building Wyre thus far and what do you forecast as the major obstacles ahead?

Michael Dunworth: Adjusting course on the regulatory landscape is obviously the biggest piece that adds complexity. Without a certain level of clarity, startups are left questioning every decision, and how much conviction to put behind it. Doubling down on one thing at a particular time could turn out as a really bad idea if the regulatory environment changes on you. We know this because it happened to us. We focused on helping businesses pay their manufacturers in China, and that had a very strong value proposition. It worked really well for the businesses in the U.S. paying their suppliers in China, but then the regulatory tightening made it feel less and less compelling as a value proposition to continue scaling after exploring and understanding the pain points of customers. There’s no blueprint; there’s no playbook. This tech is the latest so it’s hard to draw inspiration or comparisons from great companies and their execution strategy on the internet because the blockchain is a whole different beast. Blockchain solves different problems for different customer types.

What tools or methods do you use to assure the security of both finances and user identities?

Michael Dunworth: We’ve been in the ecosystem for almost 5 years, so we have experienced a lot of the evolution to what is now deemed best practices for storing and securing assets. Limited controls internally, along with a good training component as part of new team members joining is part of this. It creates a good mentality and respect for security and privacy from the start. It’s really easy for people not to be accustomed to this thought if they’re coming from a social-media company or e-commerce platform. Fintech brings this to light in a really healthy way.

What makes Wyre more useful or efficient than the slate or popular direct payment or money transfer tools such as Western Union, PayPal or MoneyGram?

Michael Dunworth: We target partners and platforms primarily, and the most common feedback we get is that it’s a much faster access point to get them to market. This is very important in this space, particularly. It’s moving so insanely quick, that’s why I always say to my team I work with ‘the big don’t eat the small, the quick eat the slow’. This notion is definitely true, so I really like that we can help teams get to market in a matter of days as opposed to months.

How do you see the space evolving in the next 3-5 years and where does Wyre fit in the scope of this shift?

Michael Dunworth: I could obviously be wrong, but essentially the exchanges are going to become what would appear as a combination of putting Wells Fargo & NASDAQ under the same roof. They’re going to have $50B+ AUM as the assets they hold for customers appreciating so aggressively. Startups will likely never consider the idea of an IPO, and instead of being listed on NASDAQ, they’ll be doing token offerings and listing on 100 exchanges around the globe overnight. For us, this is exciting because it means we’re helping foster that growth as a provider of tools for teams to create exchanges and meaningful products in the ecosystem. We’ll surely be active in its evolution and along for the ride.