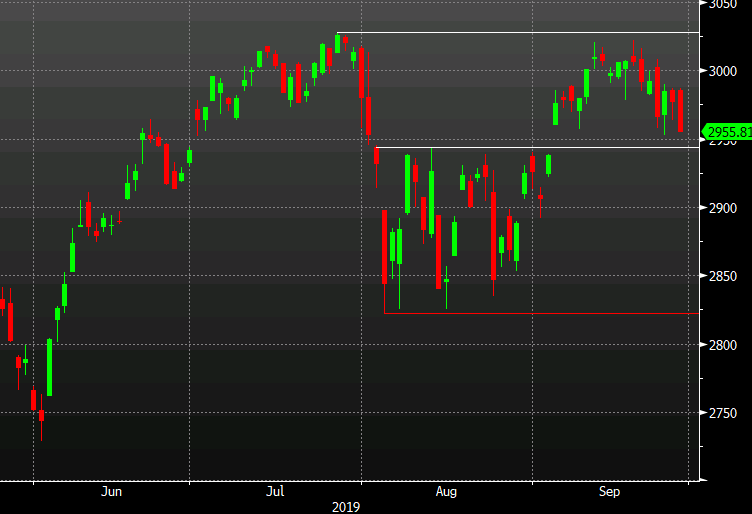 The US is ready to go after the financial system

Yesterday Trump was saying a trade deal was getting closer and risk trades rallied. Today we learned that Trump authorized investigating something akin to capital restrictions.

That’s sent US stocks close to the lows of the week and perilously close to the 2943-2950 range of support that defines the August range trade.

In one sense this is Trump putting the gun on the table and threatening China to take whatever trade deal he is offering. However China may decide that these kinds of threats are just the first foray into a long-term struggle.

Along with that, maybe they think it’s better to battle now and hope it leads to new leadership in Washington.