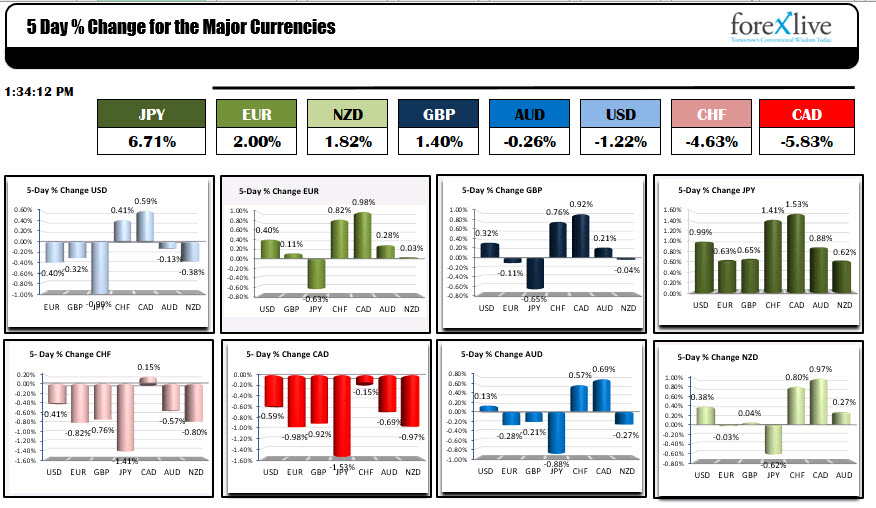 The USD is mostly lower

As the trading week moves closer to the close, a snapshot of the strongest and weakest for the week is more in focus.  For the week, the JPY is the strongest, while the CAD is the weakest.

The biggest moving currency pair was the CADJPY which declined -1.53%.

Looking at that chart, below of that pair, technically you cannot deny the bearish shift.

Today, the price has moved higher and lower. It is currently back below the 50% midpiont at 80.284.   Stay below the 50% keeps the tilt to the downside.