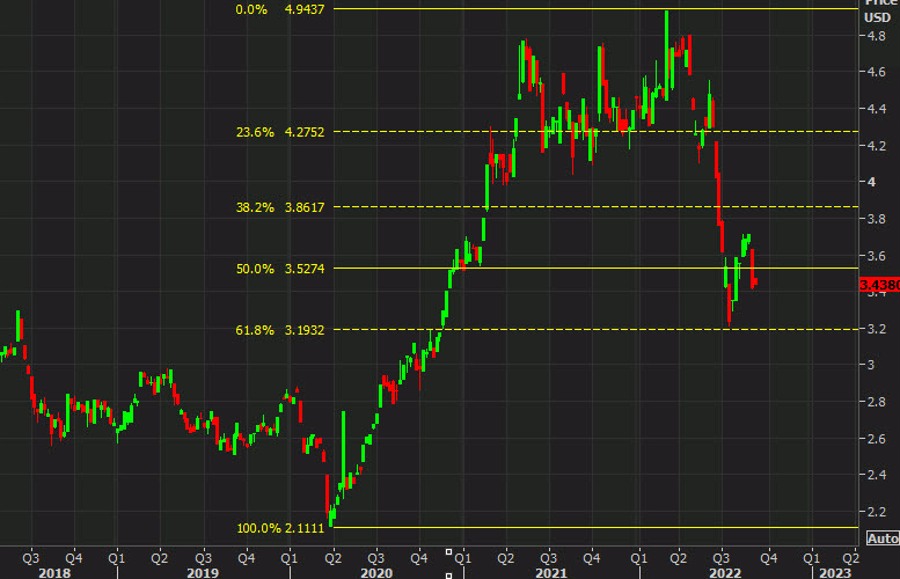 One of the best trades of this decade will be copper or copper miners with deep inventories. It’s well understood, right down to the government level, that we’re going to need a lot of copper in the green transition and that existing mines aren’t enough. At the same time, investors are unwilling to fund new mine construction because spot copper prices aren’t great and because of inflationary cost increases in mine construction everywhere.

I’m tempted to think that’s a story that’s so well understood that there’s no money to be made — I’ve written about it many times — but if you look at how copper miners trade, that’s not the case at all.

The general consensus is that the big shortage will emerge in 2024 or 2025 as the green transition ramps up and China rebounds but at some point there will be stockpiling ahead of that.

Is that what’s happening now? Bloomberg noted that yesterday’s 2.4% rally in copper was the most in give weeks and that front month copper in London is trading with a $145/ton premium over the third month. That kind of backwardation is usually a sign of a tight physical market.

Even with the slowdown in China, imports there are up 8.1% ytd through August. At the same time, Chilean copper exports are down ytd.

ZeroHedge today also writes about the looming copper shortage and cites an S&P Platts report that warns the green transition could be derailed by the unavailability of copper.

Again, this is all well known to anyone who is paying attention. It all really comes down to the question of when to buy copper. It’s certainly cheap now but it’s fallen because of economic worries. However note that copper prices have held up better than many risk assets lately. The weekly chart here also shows that it found support at the 61.8% retracement of the 2020-2022 rally.

I think this is a tough trade right now because it could be dead money for a couple years but at some point between now and 2025, it’s going to be a sensational trade.