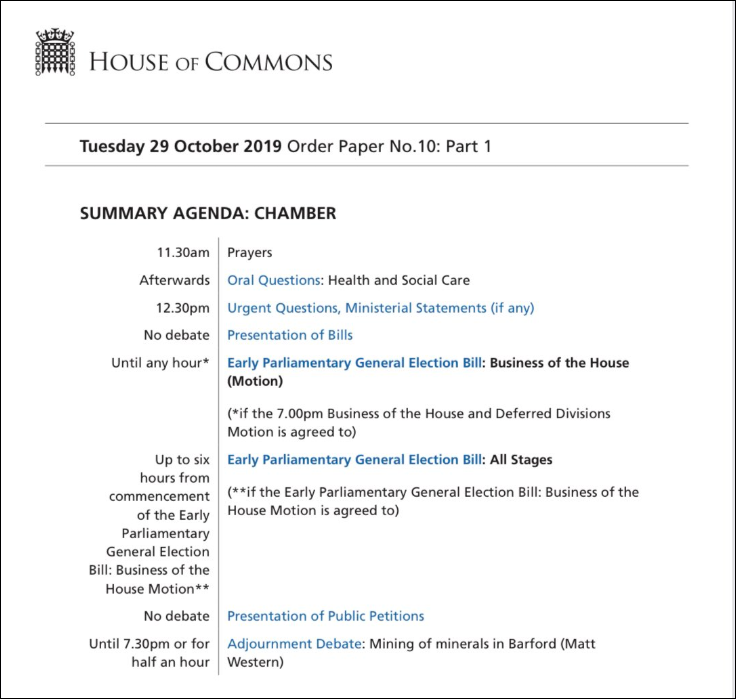 Here is the order paper for today

Boris Johnson is going to be tabling an election bill motion, after which looks set to be debated by lawmakers before a vote takes place at the end of the day – similar to yesterday.

Regardless, unprecedented times call for unprecedented measures. And if the motion is successful, it will be the first December election in the UK for over a century.

The key thing to watch when the motion is announced will be the date of the election.

Johnson wants a 12 December election but the SNP and Lib Dems are more willing to support one on 9 December – which requires parliament to be dissolved by this Friday.