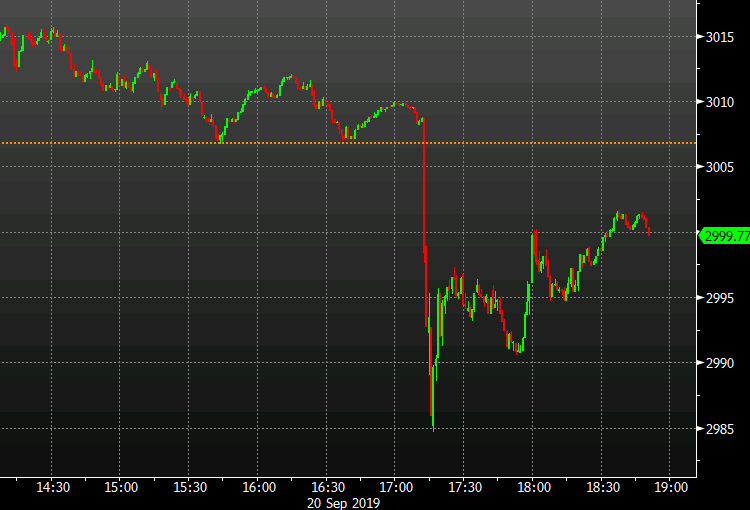 News travels faster than ever.

It’s been 90 minutes since the news of China cancelling agricultural visits for early next week hit the newswires.

Stock markets have been crawling back on a mix of skepticism and comments from a Montana official who said the visit was only scheduled yesterday. The implication is that this might truly be a scheduling issue.

What’s starting to stick out for me is the silence since the news hit. I tend to think that if it was false, officials in China and the US would be quick to kill the story.

The Montana official also said they were told Chinese officials are heading home early, which is second-hand (third hand?) but it would be tough to spin positively.

Another theory is that stock markets are holding it together because of quadruple witching today, including massive exipries in stock futures at SPX 3000, which is very close to current levels.