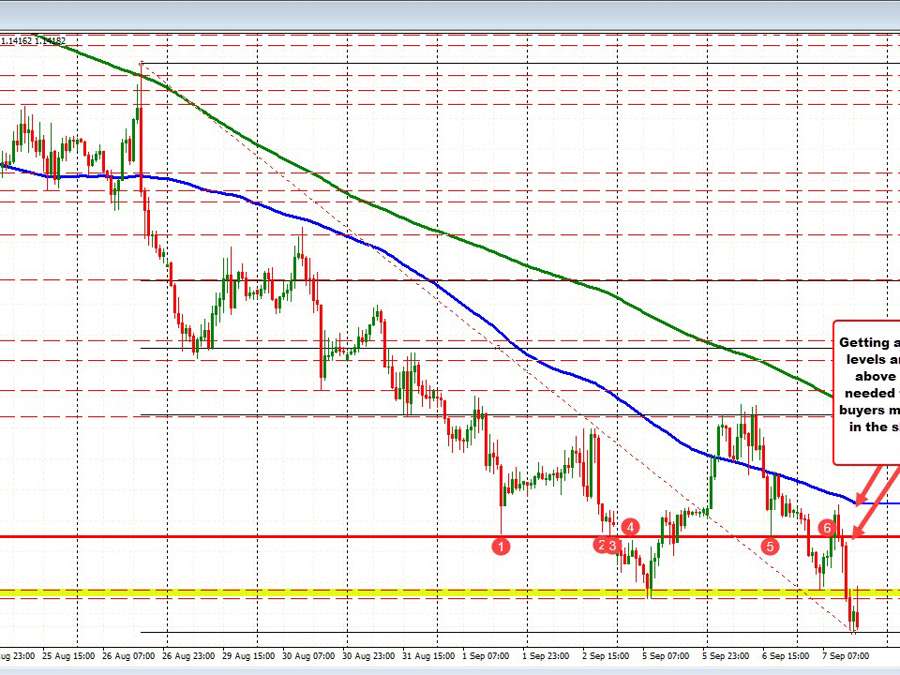 The GBPUSD continued its wander to the downside today and and in the process got within 5 pips of the March 2020 low at 1.1408. The risk focuces trader have leaned against the level and ther has been a modest bounce. The pair currently trades at 1.1427.

What would a break below the 1.1408 level take the price?

Drilling to the hourly chart below, the pair’s move off the low did move above the swing low from Mondays trade at 1.14425, but has not been able to sustain momentum above that level. If the pair is going to go higher needs to get above that level and also the earlier swing low today at 1.1450, and stay above. That’s just the minimum. A more important level would be at 1.14951. That was the low from September 1 and near the low from yesterday’s trade. Above that is the 100 hour moving average 1.15232 (and moving lower).

Yesterday the price moved above the 100 hour moving average for the 1st time since August 26, but after trying to hold above, the level gave way and buyers turned to sellers. Ultimately if the buyers are to take control, getting above that moving average and staying above is key.