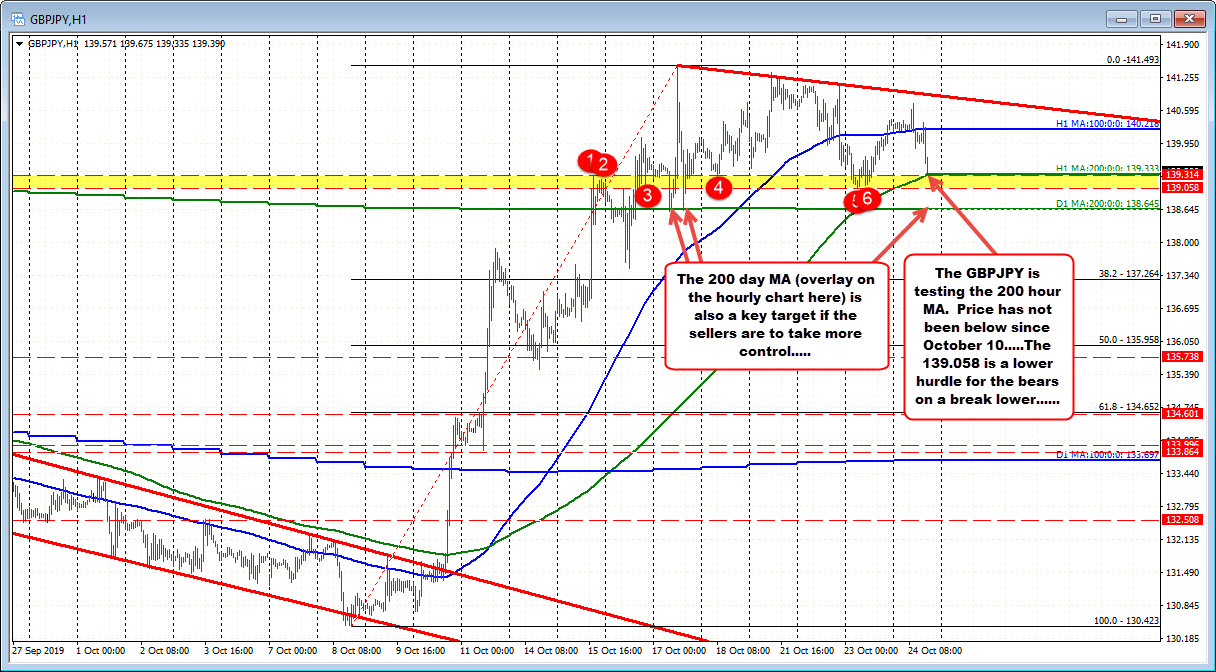 The 200 hour MA has not been below since October 10

The GBPJPY surged higher on the back of Brexit hope but has consolidated over the last 6 or so trading days.

That up and down consolidation has allowed the 200 hour moving average to catch up with the price. The pair has just tested that 200 hour moving average at 139.333 in trading today.  The low for the day just reached 139.335.  There has been a modest bounce higher as buyers lean against the level.  I would expect stocks on a move below.

If the moving average is broken, the low from yesterday at 139.058, followed by the key 200 day moving average at 138.645 remain as key hurdles to get below if the sellers are to keep control.

Helping the move to the downside has been a lower GBPUSD.  However, that pair just tested support near the 1.2834-38 area (its 200 hour MA and recent swing lows).   It seems that both pairs are testing key support which increases the levels in each. 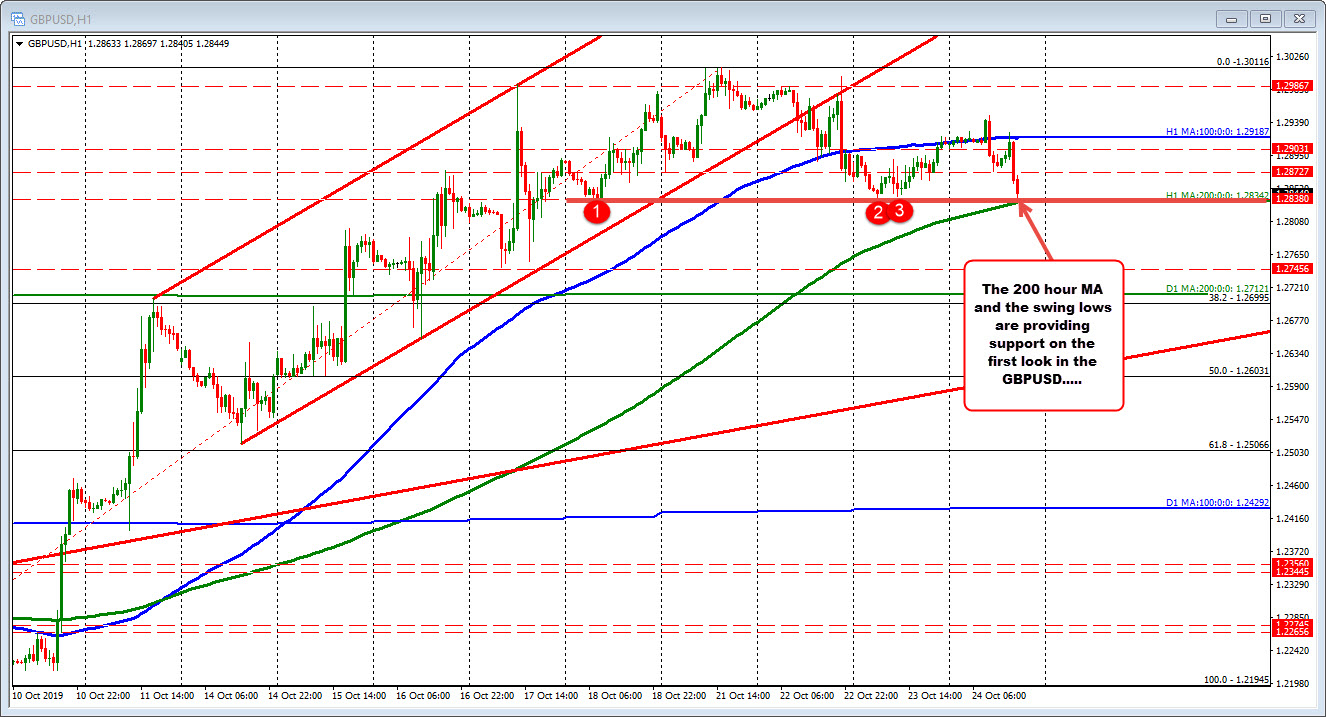