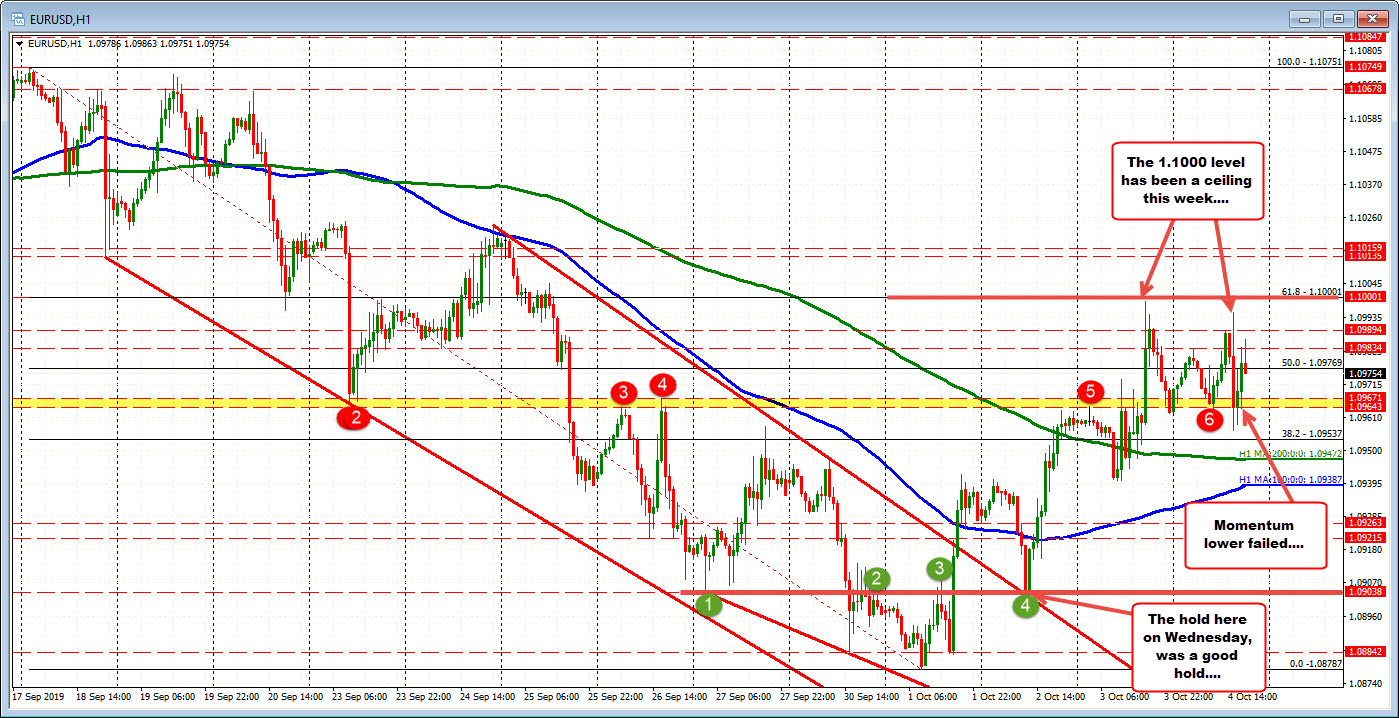 Run lower (dollar buying) could not be sustained

The EURUSD is back to the up and down chop-chop after the run lower could not press toward the moving averages below (200 hour MA and 100 hour MA – green and blue lines).  The sellers gave up. The price chopped back higher.

The high today reached 1.09953 (the initial reaction was higher after the employment numbers). The high yesterday reached 1.0999. Those highs were just short of the 61.8% of the move down from the September 18 high at the 1.1000 level.  It will take a move above those levels now to solicit more buying.

For the week, the pair moved to the lowest level since May 2017 on Tuesday. Looking at the daily chart below, the low for the week did dip below a lower trend line, but that could not be sustained. The price rebounded.  That was a good technical bottom.  Support (for the most part) held.  A correction could begin.

Where can it go?

The high price in September (see daily chart below) stalled at the swing lows in March, April and July. That high remains a key level going forward should the buyers continue the corrective run higher.

The low was a good low this week. We are in a chop-chop now but the price remains above the 200/100 hour MAs below.  Get above the 1.1000 level and buyers can put another notch in the correction run.