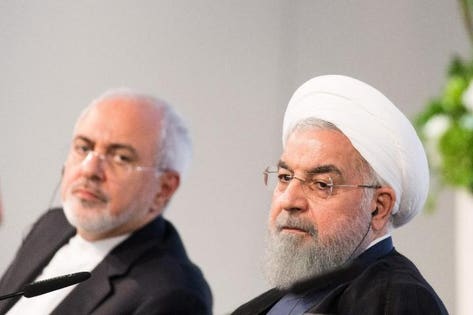 There’s some bad news for Iranians who are now suffering the wealth-withering effects of hyperinflation and mass unemployment.

Just because Iran’s beleaguered economy is a mess doesn’t mean that the end is in sight for the theocratic regime that has ruled the country since 1979.

History shows that regimes that send their countries into economic armageddon can continue on for years without being ousted.

Short of the current regime receiving a push from outside, it means investors itching to jump into a potentially awesome Iranian market may need to wait.

Logic says that when things get truly awful in a country then there will be an uprising and the government will change. In the real world, things don’t seem to happen that way. Indeed, the history of the twentieth and early twenty-first centuries shows as much.

Zimbabwe. The country of Zimbabwe suffered no one but two periods of hyperinflation, both under the tyrannical rule of Robert Mugabe.  The first peaked in November of 2008 when the rate of inflation reached an annualized 89.7 sextillion (10^21) percent, according to Steve Hanke, professor of applied economics at Johns Hopkins University, and an expert in troubled currencies. Such a rate of inflation made the Zimbabwe dollar worthless and caused mass scale privation among the population.

The second period of hyperinflation took place in October 2017. It wasn’t quite as bad with the inflation hitting 348% on October 28 that year, again according to Hanke.

Despite taking the country from relative prosperity, when he took over in 1980, to economic malaise in 2007, it took a second bout of hyperinflation last year to get Mugabe to get ousted from his role.

That’s a long time and a lot of hardship.

Venezuela.  The socialist regime in Venezuela is currently inflicting mass privation upon its population, while the opposition parties, such as they are, show little sign of being able to take over from the disastrous President Nicolas Maduro.

At the end of June, the annual inflation rate tipped over 40,000% according to Hanke. Just like with Zimbabwe, at such rates paper money quickly becomes worthless. Anecdotal reports from the country already show shortages of foods and medical supplies.

Meanwhile, the country, which has the largest oil reserves of any nation in the world, is now considering importing the stuff. That is likely because the state-owned oil company, PDVSA, no longer has enough hard currency to purchase the specialized equipment needed to extract oil from the ground. Crude oil quickly corrodes petroleum equipment and therefore such hardware needs to be replaced regularly.

Maduro has also tried some truly dumb things to stabilize the economy. These include eliminating zeros on the paper money in an effort to stem the hyperinflation, and introducing an ill-conceived cryptocurrency named the Petro.

Still, the regime shows no sign of getting pushed out anytime soon.

China. Chairman Mao’s economic policies in China didn’t result in the people rising up to shake off the evils of communism.

Mao’s cultural revolution, which started in 1966 and lasted until his death in 1976 resulted in the deaths of 1.5 million people, and the imprisonment of millions, according to a fascinating report from History.com. Mao’s efforts also caused economic malaise with the economy shrinking by 12% in the first two years of the cultural revolution.

Other examples of ridiculously harsh regimes that outlasted or are still outlasting their sell-by date include:

The point is not to say that there are evil regimes in the world. That should be obvious.

Instead, it is to say that diabolical regimes can stay in place for a long time without being ousted by their own population. That will more than likely be true with Iran.

However, the last examples in the list above (the Soviet Union, Argentina, and Cambodia) are perhaps instructive. What might change the situation for Iranians is some outside help as was the case for Cambodia in pushing out Pot, and tangentially the case for the removal of the military regime in Argentina. That also seems to have been the situation with the USSR.

Whether such assistance comes any time soon is another matter.